Logan City is a local government area situated within the south of the Brisbane metropolitan area in South East Queensland, Australia. Situated between the City of Brisbane to the north and the City of Gold Coast to the south, the City also borders the Scenic Rim Region, the City of Ipswich, and Redland City LGAs. Logan City is divided into 70 suburbs and 12 divisions; a councillor is elected to each of the latter.[2] The area had a population of 326,615 in June 2018.[1]

Gaining significant area in 2008 from the amalgamation of parts of the Albert and Beaudesert Shires, Logan City extends north to Priestdale, south to Mundoolun near the Albert River, east to Carbrook at the Logan River, and west to Lyons. Logan City is located across parts of the sub-basin of Oxley Creek, and the Logan and Albert Rivers. The Daisy Hill Koala Centre serves as an example of Logan's prominent bushland, reminiscent of Karawatha Forest, and the Tamborine and Venman Bushland National Parks, that border Logan suburbs.

The region is named after Captain Patrick Logan, as is the aforementioned river, alongside the commercial hubs of Logan Central, Shailer Park's Logan Hyperdome, and Browns Plains. Other populous suburbs include Beenleigh, Rochedale South, Meadowbrook, Springwood, Woodridge, Eagleby and the rural towns of Jimboomba and Logan Village The city facilitates much of the transport between Brisbane and the Gold Coast. Its motorway network is extensive: in the city's north-east, the Logan Motorway joins the Pacific Motorway, while the Mount Lindesay Highway and Sydney–Brisbane rail corridor cross the city along a roughly central north-south axis. New developments are common, particularly those being built at Yarrabilba and Greater Flagstone, while Griffith University has already established a Logan campus in Meadowbrook which is being developed into a specialist area based around health, research and education.[3]

In 2016, Luke Smith was elected mayor of Logan.[4] On 2 May 2019, Minister for Local Government Stirling Hinchliffe sacked the Logan City Council after eight of its Councillors and suspended mayor were charged with one count of fraud. The suspended Mayor was also charged with two counts of misconduct. The council was under administration until March 2020 elections.[5][6]

The Commandant of the Moreton Bay Penal Settlement, Captain Patrick Logan, was a compulsive explorer and in 1826 on his first expedition he discovered the Logan River. He noted the river was well suited to large-vessel traffic and was a first-class avenue to access the high-quality arable land along its banks. He named the country Darling, in honour of the Governor. The Governor renamed the river after Logan. One of the first large employers was the timber industry.[8] The Logan River served as a rafting ground for logs and the new railways spurred local demand.[8]

The penal settlement based in Brisbane was closed in 1841 and the land was quickly taken up by squatters. The first leases of land in the Logan area were issued from 1849 and immigration was encouraged following the separation from NSW in 1859. The declaration of the Logan and Eight Mile Plains Agricultural Reserves in 1862 led to extensive settlement of the area. German immigrants arrived in batches from the 1864 onwards. Generous land orders for immigrants in Queensland created a drawcard in the possibility of owning their own farm.[9]

A cotton gin, which was converted to a sugar mill, was built at Loganholme in 1867.[9] Cotton growers faced problems with both the weather and a lack of available labour despite the introduction of Kanaka labour. By the 1870s few working cotton plantations remained along the Logan River.[9] While this crop was marginally successful, between 1866 and 1874, sugar was soon to become the staple industry.

Many small sugar mills were started by farmers seeking to avoid processing costs charged by big mills. However these quickly proved to be uneconomic. Many farmers in the area abandoned sugar after a severe frost in 1885 and a catastrophic flood in 1887 which saw crops destroyed and covered with metres of silt. Others continued growing sugar cane to make 1890 one of the best harvests ever.[9] In 1888, the railway opened in Logan.[10] Within a year, Cobb and Co services ended in Logan.[10]

The Wild Water Water Slide Park began operations in October 1982. The site was to become the Logan Hyperdome with the first work on the regional shopping centre beginning in October 1988.[11] It was officially opened in July 1989. Construction work on the Logan Hospital started in February 1989.[11] In August 2011, the Logan suburb of Slacks Creek was the location for Queensland's worst house fire.[12]

In 2017, a water treatment plant at Round Mountain became the first in Australia to be powered entirely off-grid.[13]

The Department of Local Government instigated the formation of the new Logan Shire, which included the northern suburbs of both Albert and Beaudesert Shires. A section in the north previously belonged to the Shire of Tingalpa. There were about 69,000 people living to the north of the Logan River. On 31 May 1978 Local Government Minister Russ Hinze introduced the Local Government (Adjustment of Boundaries) Bill and which was officially approved on 8 June 1978. Logan then was declared a city on 1 January 1981[11] and the administration building on Wembley Road was opened in February 1981.

The city was named after Captain Patrick Logan, one of the founders of the Moreton Bay convict settlement. Logan was honoured in the names of many locales in the district, such as the Logan River, the suburbs of Loganlea, Logan Village, Loganholme, Logan Reserve and Logan Central, the Logan Motorway and Logan Road, which connects Logan City with the nearby state capital of Brisbane.

With the major changes to local government in Queensland which took effect at 15 March 2008 local elections, Logan more than tripled in area and added 78,400 people to its population. This came about through annexing a large section of the now-dissolved Shire of Beaudesert as well as the Beenleigh-Eagleby suburban area to its southeast, which had been part of the Gold Coast. Residents of Beenleigh and Eagleby were asked to vote to join Logan, with an overwhelming "No" vote. Despite this, the amalgamation went ahead. In its rationale for the changes, the Local Government Reform Commission argued that the area added brought the South East Queensland urban footprint and future growth areas to 2026 under the one local government, which could plan effectively for the area's future and would face reduced compliance costs for development works. Economic factors, the lack of geographic barriers and the presence of transport corridors were also considered to be favourable to the annexation. Consideration was given to a merger with Redland to its east, but geographical barriers and the lack of a community of interest between them militated against this.[14]

The area is a major regional growth and development corridor with significant population growth expected through to 2041, second only to Brisbane in the state.[15] The city has a higher rate of multicultural diversity than the Queensland average.[16] About one quarter of Logan's residents were born overseas.[16] In 2016, it had an unemployment rate of 5.61%, lower than the Queensland average of 6.2%.[17]

At the federal level, the majority of the city's population is represented by the electorate of Rankin.[19] First proclaimed in 1984, Rankin has elected a member of the Labor Party at every election since inception.[20] The newer parts of Logan are within the Forde, while Moreton and Oxley contain small portions of Logan City closer to Brisbane. The Division of Wright, created in 2010, contains many of the rural areas in the southern part of the city.

Logan City Council is divided and consists of 12 councillors[21] and a popularly elected mayor.[22] Councillors are not officially endorsed by political parties, but are required to declare current memberships of political parties, bodies, associations and trade or professional organisations.

The council administers local infrastructure including 6 public pools, more than 900 parks, 7 cemeteries and a waste treatment plant at Browns Plains that provides gas-powered cogeneration power to about 2,000 homes.[24]

There are extensive industrial and commercial areas, mostly in the north and east of Woodridge, and west of Springwood and Daisy Hill, clustered in the triangle formed by Logan Road/Pacific Highway and Kingston Road, and extending west along Compton Road. The Crestmead industrial estate is designed for light to medium industry in the manufacturing sector.[35]

Logan is Queensland's poker machine 'pokie' capital with over 2,128 machines in 41 registered sites. Per machine, each pokie pays out $5,886 which is the highest figure in the state.[36]

Australia's oldest continuously operating rum distillery is located at Beenleigh. Tourism is emerging as a significant contributor to the local economy with an increasing portfolio of cultural and sporting events.

Logan City is serviced by Queensland Rail's Beenleigh and Gold Coast railway lines. The stations are Trinder Park, Woodridge, Kingston, Loganlea, Bethania, Edens Landing, Holmview and Beenleigh although Gold Coast trains stop only at Beenleigh and Loganlea stations. Integrated ticketing was introduced in South East Queensland in 2004 through TransLink which has improved access to public transport. TransLink bus routes now service most of the built-up areas of Logan City. 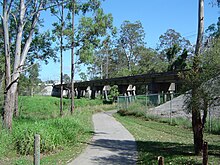 Logan City has recently been under development for new bistro areas across the region. Cinemas, shopping complexes and parks are prevalent. The city also has a free public art gallery.[37] The internationally successful Australian band Savage Garden, who sold 25 million albums, are from Logan and so is Olympic swimmer Jodie Henry, three time gold medalist in the pool at the 2004 Olympics and world record holder.

Logan City is home to Souths Logan Magpies rugby league team, one of the oldest existing rugby league clubs in Australia. It is also home to the Logan Thunder WNBL team.

In 2021, the Proud City of Logan campaign was launched, a local government initiative featuring six local champions, chosen to represent the diversity of people and lifestyles in the city.[41] 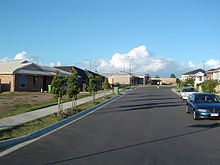 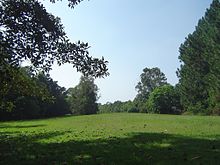 Over 80% of Logan is designated as non-urban, with the majority of land zoned rural, semi-rural or conservation.[43] Until 2008, Logan had a stable boundary with neighbouring local government areas such as Beaudesert, Albert (later merged into Gold Coast) and Brisbane. The following suburbs were included within the pre-2008 area:

In 2008, areas in northern Beaudesert as well as the Beenleigh conurbation in the Gold Coast were merged with Logan. As well as uniting Logan Reserve and Greenbank under one local government area, the following areas were added:

1 - split with the Scenic Rim Region