He was born in Ardfry, County Galway, Ireland in 1798, the son of Dominic Daly senior and third son of Joanna Harriet Blake, sister of Joseph Blake, 1st Baron Wallscourt and widow of Richard Burke of Glinsk. He was the half-brother of and of the Burke baronets. He studied at St Mary's College, Oscott in Birmingham.

In 1823, he came to Lower Canada as secretary to Lieutenant-Governor Sir Francis Nathaniel Burton. In 1827, he was appointed provincial secretary for Lower Canada. He was a member of the Special Council of Lower Canada from 1840 to 1841. After the Act of Union in 1840, it became a prerequisite for his post that he be elected and he ran successfully in the Canada East riding of Megantick in 1841. In 1841, he was appointed provincial secretary of Canada East and a member of the Executive Council. When the council resigned en masse in November 1843 in a dispute with Governor Sir Charles Theophilus Metcalfe, Daly chose to remain, which was viewed as a betrayal by Reformers. This left Daly as acting head of government for several weeks. In 1844, he became provincial secretary for both Canada East and Canada West. In March 1845, he was challenged to a duel by Reformer Thomas Cushing Aylwin; shots were fired but no one was injured. His tenacity in holding office earned him the nickname "the perpetual secretary", but he was nonetheless a popular and convivial character. Daly was removed from the Executive Council in 1848 when Robert Baldwin and Louis-Hippolyte Lafontaine came to power; he returned to England and served on a commission of inquiry.

In 1852, Daly was appointed lieutenant-governor of Tobago; he was next appointed to the same post in Prince Edward Island. In 1858, he announced his resignation from the latter post and departed the following year. He was knighted in 1856.

In October 1861, he was appointed the Governor of South Australia, becoming the first Catholic governor ever in Australia, notably in a colony with smaller proportion of Catholics amongst its population than any other of the Australian provinces. Presumably on account of his religion, he was not given an official reception when he and his wife and daughters arrived. Nonetheless, as in Canada, he quickly earned the respect and affection of the public, due to his charm, good nature and integrity. He died in office just after noon on 19 February 1868 in Adelaide after unexpectedly falling ill on the morning of the same day.[1] He was reported as suffering from failing health prior to his sudden illness. Despite the intense heat, large crowds turned out to watch the funeral cortege pass, a tribute to the affection in which he was held.

He married Caroline Maria Gore, second daughter of Ralph Gore of Barrowmount, Goresbridge, County Kilkenny. Despite suffering a stroke which left her paralysed, she outlived her husband by four years. They had five children, including the artist Caroline Louisa Daly (1832-1893), whose paintings have only very recently been recognized as her own work. 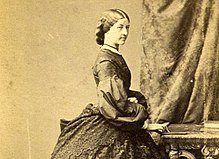 The town of Daly Waters was named after the new Governor of South Australia by John McDouall Stuart in 1862 on his third attempt to find a path from south to north across the centre of Australia. The Daly River further north was named after him in 1865 by surveyor Boyle Travers Finniss.