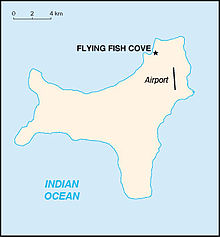 Map of the Cocos (Keeling) Islands

The Australian Indian Ocean Territories is the name since 1995 of an administrative unit under the Australian Department of Infrastructure, Transport, Cities and Regional Development, consisting of two islands groups in the Indian Ocean under Australian sovereignty:

It does not include the uninhabited Ashmore and Cartier Islands and Heard Island and McDonald Islands, despite these territories lying within the Indian Ocean.

In 2012 the administration was reviewed by Australian parliamentary visits and enquiry.[2]