Yallingup is a town in the South West region of Western Australia, 256 kilometres (159 mi) south of Perth. Yallingup is a popular tourist destination because of its beaches and limestone caves, and proximity to Leeuwin-Naturaliste National Park.

Yallingup's name means "Place of caves" in the local Aboriginal Wardandi dialect, with "yal" mening "large hole"; the name has been rumoured to mean "place of love" due to the popularity of weddings and honeymoons in the town.[2][3] After its caves were discovered by European settlers in 1899, Yallingup became popular with tourists.[4] There was a state primary school in Yallingup from 1905 to 1963; the site now contains a Steiner school.[5][6] Around 1920, the Yallingup Hall, which was previously a school building in Karridale, was moved to the townsite and reassembled.[7] Tourism and viticulture are Yallingup's primary industries.[1][4]

The beaches of Yallingup, such as Three Bears, Yallingup, Smiths Beach (including Supertubes), and Injidup, are well known surfing locations, and are also suitable for fishing.[4]

The Cape to Cape Track runs across the beach to the west of the town and Yallingup is one of the few towns located along the track.[9]

Smiths Beach has been the site of extended proposals for development[11] that have eventuated in political events[12][13] and various scandals over the years.[14][15]

Yallingup is home to many different types of bushland and wildlife. The surrounding area is made up of wet sclerophyllous[16]‹See TfM›[failed verification] forest. Yallingup is a biodiversity hotspot that includes the Mediterranean forests, woodlands, and scrub ecoregions of Western Australia.

The Yallingup region is home to a diverse range of species including the western grey kangaroo and over 70 types of birds, creating a healthy ecosystem for the many mammals, reptiles and aviaries.[16] To maintain wildlife population the Western Australia government has placed sanctuary zones and nature reserves where minimal human life and impact can occur.[17] 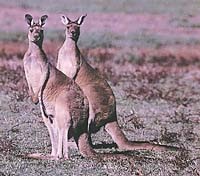