Gore is a town and a locality in the Goondiwindi Region, Queensland, Australia.[2][3] In the 2016 census, Gore had a population of 36 people.[1] 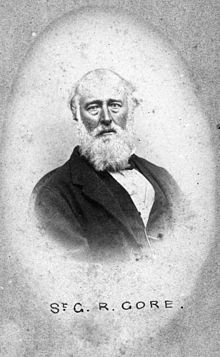 The town was named after St George Richard Gore, the original lessee of Yandilla pastoral run in 1842.[3]

There are no schools in Gore. The nearest primary schools are in Karara and Inglewood. The nearest secondary school is in Warwick.[5]