Sunshine is a suburb of Melbourne, Australia, 12 km west of the CBD, located within the City of Brimbank local government area. Sunshine recorded a population of 9,768 at the 2016 census.[1]

Sunshine, initially a town just outside Melbourne, is today a residential suburb with a mix of period and post-War homes, with a town centre that is an important retail centre in Melbourne's west. It is also one of Melbourne's principal places of employment outside the CBD with many industrial companies situated in the area, and is an important public transport hub with both V/Line and Metro services at Sunshine train station and its adjacent major bus interchange. 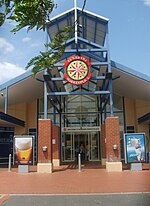 The H.V. McKay Memorial Gardens with the Sunshine Presbyterian Church in the background

The farms and settlements in the area now known as Sunshine first came under the Braybrook Road District (1860–1871) which later became the Shire of Braybrook (1871–1951).[2]

From 1860 to 1885 the only railway which passed through the area was the Bendigo line and the only railway station in the area was Albion & Darlington (opened 5 January 1860) at the site of the current Albion station. When the Ballarat line was built through the area, a new station was built at the junction of the two lines: this station opened on 7 September 1885 and was called Braybrook Junction as it was in the Shire of Braybrook.

In 1904 H. V. McKay bought a factory in the area called the Braybrook Implement Works. He also secured 400 acres (160 ha) of land at Braybrook Junction with the aim of establishing housing to allow his future workers to live in the area, along the lines of a company town. The land became the Sunshine Estate (see below).[4]

In 1906 McKay moved his agricultural machinery manufacturing business from Ballarat to his newly acquired factory in Braybrook Junction. The factory was renamed the Sunshine Harvester Works and it became the largest manufacturing plant in Australia.

In July 1907, the train station, the post office, and the shire riding's names were changed from Braybrook Junction to Sunshine after workers and residents had petitioned to do so in honour of McKay's Sunshine Harvester Works.[5][6][2]

Also in 1907 an industrial dispute between owner H. V. McKay and his workers at the Sunshine Harvester Works led to the Harvester Judgement, the benchmark industrial decision which led to the creation of a minimum living wage for Australian workers.[2]

In 1909, the H. V. McKay Sunshine Harvester Works Pipe Band was formed. This is one of Australia's oldest continuously functioning pipe bands and still exists as the Victoria Scottish Pipes & Drums.[8]

The land that H. V. McKay had earlier purchased to build housing for his workers on was developed by McKay as the Sunshine Estate, a housing estate developed with reference to some of the ideals of the Garden city movement, an influential town planning movement of the early 20th century.[9][10] Infrastructure and amenities established by McKay for the Sunshine Estate and the rest of Sunshine included electric street lighting, parks and sporting grounds, public buildings, schools, and a library. The town of Sunshine (not a suburb of Melbourne at this point) became regarded as a model industry-centred community.[11] Housing for the McKay's employees swelled the local population and the town of Sunshine was touted as the "Birmingham of Australia".[12]

After WWII, Sunshine increasingly became connected to the sprawling city of Melbourne as car-based travel enabled people to leave the inner city suburbs and move into houses on larger blocks in suburbia. In 1951, the old Shire of Braybrook was abolished and the City of Sunshine was established.[13]

Sunshine was not immune when many Australian-based manufacturing industries started winding down during and after the 1970s. In 1992, the Massey Ferguson factory, formerly the Sunshine Harvester Works, was demolished to make way for the development of the Sunshine Marketplace.[14]

On 15 December 1994, the City of Sunshine was abolished and Sunshine became part of the newly created City of Brimbank.[15]

Sunshine is a highly multicultural suburb. In the post-WWII period, many immigrants from all over continental Europe settled in Sunshine. Today Sunshine still has significant populations from Italy, Greece, former Yugoslavia, and Poland. It is also the main centre for Melbourne's Maltese community:[18] indeed, the only branch of Malta's Bank of Valletta in the whole of Oceania is situated on Watt St, Sunshine.

From the late 1970s, many Vietnamese refugees settled in Sunshine and surrounding areas. The Vietnamese have opened small businesses such as groceries and restaurants throughout the Sunshine town centre. More recently, immigrants moving to Sunshine have come from Sudan, Burma and India.[1]

The Harvester Road Bike Path between Sunshine and Albion train stations opened in 2018, including an underpass at Sunshine station.

Sunshine railway station was completely redeveloped as part of the Regional Rail Link, works began in 2012 and were complete by mid-2014. It is both a suburban Metro station and an interchange for V/Line (regional) passenger services. Classed as a Premium station,[19] it is in the PTV zones 1+2 overlap.[20]

Sunshine station is one of Victoria's most important regional rail hubs: all three of the main western region V/Line lines (Ballarat, Bendigo and Geelong) meet at Sunshine. Geelong services have stopped at Sunshine since the opening of the Regional Rail Link in 2015.[21] The Sydney to Melbourne XPT passes through Sunshine, as it uses the Albion–Jacana railway line, but it does not stop there.

Sunshine also has one of Melbourne's major suburban bus interchanges, which was upgraded as part of the Regional Rail Link works in 2014. This is situated directly adjacent to the Sunshine Railway Station.

In a 2018 study Sunshine was named one of the 20 most walkable suburbs in Melbourne’s middle suburbs.[22]

Cyclists in Sunshine are represented by BrimBUG, the Brimbank Bicycle User Group.[23]

The heritage-listed H.V. McKay Memorial Gardens on Anderson Road, established in 1909 by H.V. McKay as Sunshine Gardens, is one of two remaining industrial gardens in Australia.[24][25]

The Sunshine Football Club, the Sunshine Kangaroos, are the local Australian Rules football team.[26] They compete in the Western Region Football League.[27]

The Sunshine Park Tennis Club is based at Parsons Reserve Sunshine.[29]

The Sunshine Baseball Club, the Sunshine Eagles, have their baseball field in Barclay Reserve on Talmage Street, Albion.[30]

Golfers play at the course of the Sunshine Golf Club on Mt Derrimut Road, Derrimut. It relocated from the Fitzgerald Road course in November 2007.[31]

There are two popular video and amusement arcades located in central Sunshine: Fun City Entertainment Centre and the Intencity Gaming Complex at Sunshine Marketplace. There is also the Sunshine Rollerskating Centre.

The Sunshine Leisure Centre contains a swimming pool, gym and other facilities. There is also the SG 24/7 Gym and the Bodytek Boutique Health & Fitness Club.[32] 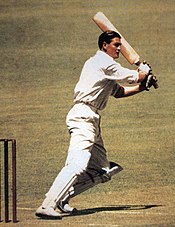