This article is about the company. For the World War II program, see Lend-Lease.

The company was established as Lend Lease by Dick Dusseldorp [3] in 1958 to provide finance for building contracts being undertaken by Civil & Civic. In 1961 the company acquired Civil & Civic from Bredero's Bouwbedrijf.[4]

In 1970 Lend Lease expanded their operations into America, and in 1983 Lend Lease created 'The Lend Lease Foundation', their charitable arm to improve communication with and help in communities, as well as caring for both community and employee well-being.[5]

In 1999 the company formed Actus Lend Lease with the acquisition of Actus Corporation's MILCON and technical service construction management business, and augmented this business with professionals from Lend Lease Design and Lend Lease Development.[6]

In 2009, the groups current CEO and Managing Director, Steve Mccann, was appointed.[11]

In 2009, Lend Lease Corporation acquired Babcock and Brown Communities,[12] rebranding the business as Lend Lease Primelife. At the time, this acquisition made Lend Lease Australia's largest provider of retirement villages.[13][14]

In 2010, Lend Lease announced their first foray into the consumer market with Lend Lease Solar.[12] The subsidiary was wound up in early 2011, with no explanation as to why the division had closed.[15]

As of 17 Feb 2011 Lend Lease announced wider ranging changes to its group of brands. This announcement means the retirement of the Bovis, Delfin, Vivas, Catalyst and Primelife brands which will now referred to using the unified Lend Lease brand.[16]

In late February 2011, Lend Lease acquired DASCO in order to position itself to take advantage of the impending Obama administration Health sector boom. The company was immediately rebranded as Lend Lease DASCO, and operates independently of the Lend Lease Americas business.[17]

In March 2011, Lend Lease completed the acquisition of Valemus[6] (previously known as Bilfinger Berger Australia) from Bilfinger, subsidiaries of Valemus included: Abigroup, Baulderstone and Conneq (formerly Bilfinger Berger Services). The Valemus brand was retired and replaced with Lend Lease in 2011.[18]

In December 2016 Lendlease formed a joint venture agreement with Energy Made Clean. Energy Made Clean is a wholly owned subsidiary of renewable energy technology developer, Carnegie Clean Energy (ASX: CCE). With EMC and Carnegie's joint offerings, it is the only company in the world to offer a combination of wave, solar, wind, storage and desalination via microgrids. Microgrids are a budding industry and this partnership aims to provide end-to-end technologies that deliver energy independence and a reliable alternative to traditional forms of energy in regional, remote and fringe-of-grid locations in Australia, United States and around the world.

Previous works include the Adelaide Oval upgrade finished in 2014, and the Sydney Opera House, completed in 1973 where Lendlease were the principal contractor.

Lendlease Asia is working on two large urban development projects, The TRX Lifestyle Quarter in Kuala Lumpur, Malaysia, and Paya Lebar Quarter in Singapore, due for phased completion in 2020 and 2019 respectively.

Lendlease operates in Singapore, Malaysia, Japan and Greater China within the Asian Region. Its regional HQ in Asia is housed within PLQ Workplace at Paya Lebar Quarter.

In the Americas, Lendlease are based on Park Ave in New York City, United States. Current Projects include Project Southbank, an urban regeneration of an area of Chicago, IL.[20] The development will be finished in the late 2020s, similar to the urban regeneration programmes in the U.K and Australia.

Lendlease also managed the construction of 432 Park Avenue. At 1,396 feet tall, the structure is the tallest residential building in the Western Hemisphere. Located in one of New York City's most desired neighborhoods, alongside some of the most prestigious retail space in New York.

They have also built for clients such as The United Nations, building the 44-story 50 United Nations Plaza in 2015 and managing a new façade at The American Museum of Natural History, finishing in 2013.

In 2012 Lendlease began construction on their first luxury home in an attempt to get into the high-end Southern California mansion market.[22][23]

Soaring Heights is one of Lendlease's Public Partnerships business in the US. The 6 MW solar development is the largest solar powered community in the continental US, producing more than 10 million kilowatt hours of electricity, providing an estimated 75 percent of the community's energy needs.[24]

Lendlease oversaw the restoration of the encaustic tile pavements at Palace of Westminster in 2015.

Lendlease's European Regional Headquarters is in Regent's Place, London. In Europe, Lendlease mainly manage in the Project Management and Construction of new projects and programmes (Lendlease Project Management & Construction), with current projects including Google's brand new £700m European HQ in King's Cross, and London's first Pan Pacific Hotel for UOL Group in the City of London, which is worth over £500m. In 2015 Lendlease oversaw the restoration of the encaustic tile pavements at The Houses of Parliament.[25]

Previous projects in Europe include Bluewater Shopping Centre, which was built in an old disused quarry and was the Europe's leading shopping centre in the late 2000s. King's College London's new science gallery and also completed the pre-construction for both London's Wembley Stadium and Cardiff's Millennium Stadium, but pulled out due to fears of escalating costs. They also completed apartments and the £1bn Athlete's Village for the London 2012 Olympics, which were ingenuously designed to become residential apartments once the Olympics had finished. This has turned into continued investment in Stratford through the International Quarter London, a 20-year development focussed on regenerating Stratford[26] into a major area of London, which is all part of London 2012 Olympics's Olympic Legacy. This is the same with Elephant & Castle and Haringey, showing their focus and interest in major urban regeneration programmes[26] in some of the World's major Gateway Cities,[26] which currently include London,[26] Melbourne,[26] Sydney[26] and Milan. 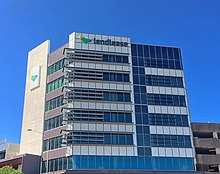 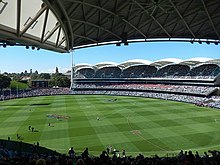