Double Bay is a harbourside eastern suburb of Sydney, in the state of New South Wales, Australia 4 kilometres east of the Sydney central business district. It is the administrative centre of the local government area of the Municipality of Woollahra.

Double Bay takes its name from the bay of Sydney Harbour and refers to the two geographical formations between Point Piper and Darling Point, which are interrupted by a miniature point in between. The eastern part is also known as Blackburn Cove. It has some of the most expensive real-estate in Australia and is colloquially often referred to as "Double Pay", a term coined due to the high income of people living there, and the nature of the shopping area which features high-end fashion labels.[2] 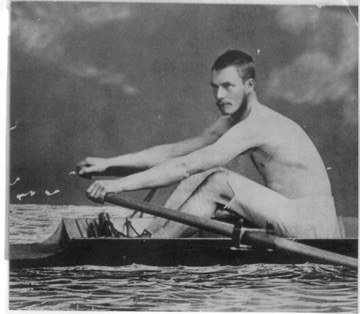 Double Bay developed soon after initial European settlement in 1788. In the early years of the colony, Double Bay was used as shelter for fishermen who would regularly fish around the harbour. Farming mostly cattle and lettuce a farm had developed and by 1814 it had increased to envelop the valleys leading into Woollahra, Bondi Junction, Bellevue Hill, and Point Piper.[3]

Charles A. Messenger became the sculling champion of Victoria on 1 July 1878, Rowing Champion of New Zealand in 1881, and a contender for the sculling championship of the world in 1887. Charles Amos also established the first boatshed on Sydney Harbour at Balmain, from where it was later transferred by flotation to Double Bay. The early life of Double Bay revolved around the Messenger boatshed.[4]

Charles Amos was the father of rugby league and rugby union player Dally Messenger, and Wally Messenger, who also played Rugby League for Australia. From their boatshed the Messenger brothers would row people across Sydney Harbour, including William Bede Dalley, the acting premier of New South Wales in 1885, who owned a castle in Manly.[5]

Dally Messenger 1908 Civic Reception Scroll. It contains the words "When we review the names of the Athletic Champions produced by New South Wales in the cricket, rowing, swimming and boxing world we feel that no name has added more glory to the fame of our country than your own".

Double Bay has a number of heritage-listed sites, including:

Double Bay's former residents include Dally Messenger, one of the most famous Rugby league players of all time who was born, raised, and lived most of his life in Double Bay. He attended Double Bay primary school and became a local celebrity in the first half of the 20th century. Another former resident is [Lisa-Jean Brough] who shares the joy of sailing and racing 18' foot skiffs. Starting here at the 18' Foot Sailing Club launched L-J into a career of sailing Sydney to Hobart Yacht Races. Her oldest daughter attended Double Bay Public school.[citation needed]