The Division of Wentworth is an Australian electoral division in the state of New South Wales. 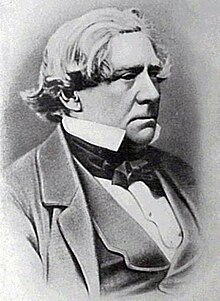 The division was proclaimed in 1900 and was one of the original 65 divisions contested at the first federal election. The division is named after William Charles Wentworth (1790–1872), an Australian explorer and statesman. In 1813 he accompanied Blaxland and Lawson on their crossing of the Blue Mountains.

Historically considered a safe seat for the Liberal Party of Australia, Wentworth is one of only two original federation divisions in New South Wales, along with the Division of North Sydney, which have never been held by the Australian Labor Party, though Labor candidate Jessie Street came within 1.6 percent of winning Wentworth at the 1943 election landslide. The electorate is the nation's wealthiest, contains the nation's largest Jewish population and contains the nation's fifth-largest number of same-sex couples.[1]

Its most prominent members have included Eric Harrison, the inaugural Deputy of the Liberal Party; John Hewson and Malcolm Turnbull - both of whom served as Opposition Leaders whilst in their second terms as the MP for Wentworth. Turnbull would go on to become Prime Minister of Australia from September 2015 until August 2018.

In August 2018, a challenge by Peter Dutton led to two Liberal leadership spills. Following the second spill on 24 August 2018, Treasurer Scott Morrison defeated Dutton in a leadership ballot. Turnbull did not nominate as a candidate, and immediately resigned as Prime Minister. On 31 August 2018 Turnbull resigned from Parliament,[2] triggering the 2018 Wentworth by-election on 20 October 2018,[3] which was won by independent candidate Kerryn Phelps.[4] Phelps lost her seat to Dave Sharma in a rematch on 18 May 2019.

Main article: Electoral results for the Division of Wentworth
This section is an excerpt from Results of the 2019 Australian federal election in New South Wales § Wentworth[]