General aviation (GA) represents all civil aviation "aircraft operation other than a commercial air transport or an aerial work operation".[1]

Cessna 172, most produced aircraft in history

Cessna CitationJet/M2, a part of the Citation family of business jets 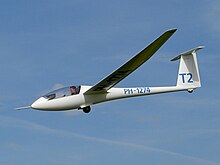 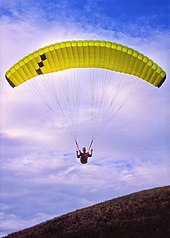 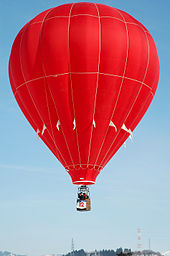 Aerial work operations are separated from general aviation by ICAO in its definition. These activities include agriculture, construction, photography, surveying, observation and patrol, search and rescue, and aerial advertisement. However ICAO has considered officially extending the definition of general aviation to include aerial work to reflect common usage and for statistical purposes.[3][1][2]

In 2003 the European Aviation Safety Agency (EASA) was established as the central EU regulator, taking over responsibility for legislating airworthiness and environmental regulation from the national authorities.[5]

Of the 21,000 civil aircraft registered in the UK,[6] 96 percent are engaged in GA operations, and annually the GA fleet accounts for between 1.25 and 1.35 million hours flown. There are 28,000 Private Pilot Licence holders, and 10,000 certified glider pilots. Some of the 19,000 pilots who hold professional licences are also engaged in GA activities. GA operates from more than 1,800 airports and landing sites or aerodromes, ranging in size from large regional airports to farm strips.

GA is regulated by the Civil Aviation Authority (CAA). The main focus is on standards of airworthiness and pilot licensing, and the objective is to promote high standards of safety.