An annual survey based on living conditions

Melbourne ranked as the world's most liveable city for seven years in a row, from 2011 until 2017.

Sydney was ranked as the world's third most liveable city in 2019, making it the second Australian city in the top five. Australia, along with Canada, are the only two countries to have more than two cities in the top ten. 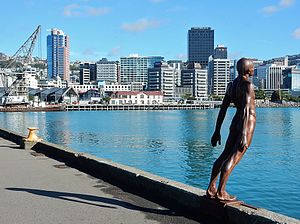 Wellington, like Melbourne, has also been ranked as the most liveable city by Deutsche Bank twice in a row, and also has the least pollution of any ranked city. 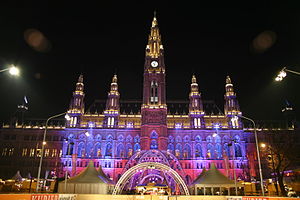 Vienna has been top ranked by the Mercer Quality of Living Survey since 2009 and topped the EIU Ranking in 2018.

Munich was ranked highest by Monocle in 2018 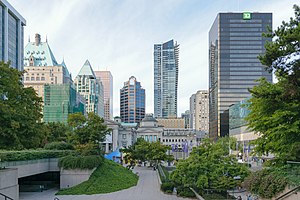 Vancouver has previously appeared on top of EIU's liveability rankings

The world's most livable cities is an informal name given to any list of cities as they rank on an annual survey of living conditions. In addition to providing clean water, clean air, adequate food and shelter, a ‘livable’ city must also generate a sense of community and offer hospitable settings for all, especially young people, to develop social skills, a sense of autonomy and identity.[1] Regions with cities commonly ranked in the top 50 include Australia, New Zealand, Canada and Europe.[2] Three examples of such surveys are Monocle's "Most Liveable Cities Index", the Economist Intelligence Unit's "Global Liveability Ranking", and " Quality of Living Survey". Numbeo has the largest statistics and survey data based on cities and countries.[3] Deutsche Bank's Liveability Survey is another ranking of cities by quality of life.

Livability rankings may be used by employers assigning hardship allowances as part of job relocation.

The Economist Intelligence Unit's (EIU) publishes an annual Global Liveability Ranking, which ranks 140 cities for their urban quality of life based on assessments of their stability, healthcare, culture, environment, education and infrastructure.[4]

Melbourne, Australia, had been ranked by the EIU as the world's most livable city for seven years in a row, from 2011 to 2017.[5] Between 2004 and 2010, Vancouver, Canada, was ranked the EIU's most livable city, with Melbourne sharing first place in the inaugural 2002 report. Vancouver has ranked third since 2015, while Vienna, Austria, ranked second until 2018 when it climbed to the top spot.

The Syrian capital, Damascus, was ranked the least livable city of the 140 assessed in 2016.[6]

The EIU also publishes a Worldwide Cost of Living Survey that compares the cost of living in a range of global cities.[7]

American global human resources and related financial services consulting firm Mercer annually releases its Mercer Quality of Living Survey, comparing 221 cities based on 39 criteria. New York City is given a baseline score of 100 and other cities are rated in comparison. Important criteria are safety, education, hygiene, health care, culture, environment, recreation, political-economic stability, public transport and access to goods and services. The list is intended to help multinational companies decide where to open offices or plants, and how much to pay employees. For nine consecutive years (2009–2017), Mercer ranked Austria's capital Vienna first in its annual "Quality of Living" survey.[8][9][10][11][12]

Since 2006, the lifestyle magazine Monocle has published an annual list of livable cities. The list in 2008 was named "The Most Liveable Cities Index" and presented 25 top locations for quality of life.

The 2019 Monocle Survey determined the world's most livable city was Zurich, followed by Tokyo, Munich and Copenhagen.[13]

The 2019 survey showed the following cities to be highest in quality of life, for numerous reasons[14] (e.g. style, affordability, happiness and pollution etc.):