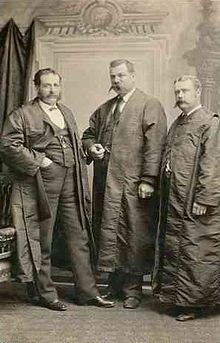 This is a list of the mayors and lord mayors of the City of Adelaide, a local government area of South Australia.[1]

The first local government in Australia was formed on 31 October 1840 with the election of nineteen councillors to the new Adelaide Corporation, followed by the councillors' election of a mayor. The first mayor was James Hurtle Fisher and the first council meeting was held on 4 November 1840.[2]

The styled title The Right Honourable, (which has no connection with the Privy Council) attaches to the title of Lord Mayor, and not to their names, and is relinquished upon leaving office.