Not to be confused with Australians in Greece.

Greek Australians (Greek: Ελληνοαυστραλοί, Ellinoafstrali) comprise Australians who have full or partial Greek heritage or people who sought asylum as refugees after the Greek Civil War or emigrated from Greece and reside in Australia. The 2016 census recorded 397,431 people of Hellenic/ Greek ancestry, and 93,740 born in Greece,[3] making Australia home to one of the largest Greek communities in the world.

Greek immigration to Australia has been one of the largest migratory flows in the history of Australia, especially after World War II and Greek Civil War. As of 2015 the flow of migrants from Greece has in fact increased due to the economic crisis in Greece,[4] with Australia as one of the main destinations, mainly to Melbourne where the Greek Australian community is most established.[5]

Greek immigration to Australia began in the early colonial period in the 19th century. The first known Greeks arrived in 1829.[6] These Greeks were seven sailors, convicted of piracy by a British naval court, and were sentenced to transportation to New South Wales. Though eventually pardoned, two of those seven Greeks stayed and settled in the country. One settled on the Monaro Plains in Southern New South Wales and one at Picton near Sydney. Their names were Ghikas Bulgaris known as Jigger Bulgari, and Andonis Manolis. Jigger Bulgari married a local woman, and they had many children. Jigger was buried at Nimmitabel Pioneer Cemetery. The Hellenic Club of Canberra laid a commemorative marble plaque over his resting place around 2000. Andonis Manolis' grave is in the old cemetery at Mittagong. The first known free Greek migrant to Australia was Katerina Georgia Plessos (1809–1907),[7] who arrived in Sydney with her husband Major James Crummer in 1835. They married in 1827 on the island of Kalamos where Crummer, the island's commandant met the young refugee from the Greek independence wars. In her old age she must have been one of the last living people to speak to Lord Byron. They lived in Sydney, Newcastle and Port Macquarie. They had 11 children.[8] The first wave of free Hellenic migrants commenced in the 1850s, and continued through the end of the 19th century, prompted in part by the recent discovery of gold in the country.[9] A young Greek immigrant born in Athens, Greece named Georgios Tramountanas (1822 – 29 January 1911) and anglicised as George North in 1858, was the first settler of Greek origin in South Australia in 1842. The Greek community of South Australia regards North (Tramountanas) as their Pioneering Grandfather. In 1901, the year of federation, the Australian census recorded 878 native Greeks that were born there (In Greece), now living in Australia. Many of these Greeks were owners of or were employed in shops and restaurants. Some were also cane-cutters in Queensland.

From the last decade of the 19th century until WWI the number of Greeks immigrating to Australia increased steadily and Hellenic communities were reasonably well established in Melbourne and Sydney at this time. The Greek language press had begun in Australia and in 1913, Australia had the first Greek weekly newspaper that was published in Melbourne. During WWI Greece remained neutral, eventually joining the side of the Allies. In 1916 the Australian government responded to this by placing a special prohibition on the entry of Greeks and Maltese people to Australia that was not lifted until 1920. There were a number of anti-Greek outbursts as a result of the neutrality stance by Greece, often instigated by Australian soldiers on leave. During these outbursts Greek shops and Greek cafés were badly damaged or destroyed, with the worst rioting occurring in Kalgoorlie and Boulder.

During the 1920s, as a result of the Greco-Turkish War there was a significant amount of Greek migration to Darwin and across the Top End. Greeks often worked in the canefields in North Queensland and move to Darwin during the dry season to work in the pearling industry. One famous family of Greek Australians, the Paspaley family from the island of Kastellorizo, excelled in the Pearling industry and have stores across Australia with their main store being in Darwin. It is noted that the first major flow of Greek immigrants to Australia began in the mid 1920s, where a large number of Greek people from Kastellorizo migrated to Australia to escape the Ottoman repression. A large number of these people from Greece's easternmost island spent time in Egypt's second largest city, Alexandria, before being offered migration to Australia by British authorities. Those of Kastellorizian descent living in Australia now refer to themselves as 'Kazzies,' and have maintained a strong and unique community.

During the interwar period, the number of Greeks migrating to Australia increased substantially. Some Greeks who settled in Australia were expelled from Asia Minor after the Greek military defeat and the mass genocide committed by Turkey between 1913 and 1922 while other Greeks sought entry after the USA established restrictive immigration quotas in the early 1920s. From 1924 until 1936 a series of regulations operating in Australia severely restricted the number of Greeks permitted to immigrate to and settle in Australia.

Greece entered WWII with the Allies when she was invaded by German and Italian forces who remained in Greece until 1944. Many ANZACs went to the nation and tried to help the population to defeat the Axis enemy only to be saved themselves by the locals, building a relationship between Australians and Greeks that stands strong to this day. When troops withdrew a struggle broke out between pro and anti-communist factions which resulted in civil war between 1946 and 1949, ending with the defeat of the communists, but at a cost of many Greek lives and the uprooting of children who were kidnapped and taken from their families.

The Greek government, devastated by the destruction of infrastructure and the mass looting of their banks by the Germans, encouraged post-war migration as a way of solving poverty and unemployment problems. Post WWII in the late 1940s, 1950s, and 1960s, Greeks were one of the main European races picked by the Australian government's "Populate or perish" immigration scheme and due to this, thousands of Greeks migrated to Australia with just one purpose and that was to gain a better life and future for themselves and their families. The main destinations where these "Hellenes" immigrated were to cities such as Melbourne, Sydney and Adelaide. During these decades, the Greeks started making an impact in the country like never before, they were not only still establishing their own restaurants, this time they were also establishing their own Hellenic Community Clubs and Greek-Australian Soccer clubs. Greeks along with Italians, Croatians, Maltese, Serbians, Jews, Hungarians, Czechs, etc. really marked a milestone on Australian sport in general by forming some of the greatest and most successful Association football clubs that Australian football has ever had[peacock term] and in the Greek communities case, the most successful Australian clubs with Greek heritage and culture are the inventions? of South Melbourne Hellas (South Melbourne FC) founded in 1959, Alexander the Great (Heidelberg United FC) founded in 1958, Pan-Hellenic (Sydney Olympic FC) founded in 1957 and West Adelaide Hellas (West Adelaide SC) founded in 1962. All three clubs were founded by Greek immigrants that immigrated to those respective cities. Since then, the rest of the 20th century from 1970 to 1999, Greek immigration to Australia very much declined and Greek immigrants were very few and not many of them came to settle in Australia during the rest of the century. The main way the Greek population was increasing greatly during this time was through the birth of either full, half or part Australian-born Greek descendants who are children (2nd generation) and grandchildren (3rd generation) of the Greek immigrants who came in the late 1940s, 1950s, and 1960s. However, Hellenic/Greek immigration has increased in the last few years due to the severe economic crisis overseas.

After the changes in Greece from the mid 1970s, including the fall of the Papadopoulos regime in 1974 and the formal inclusion of Greece into the European Union, Greek immigration to Australia has slowed since the 1971 peak of 160,200 arrivals. Within Australia, the Greek immigrants have been "extremely well organised socially and politically", with approximately 600 Greek organisations in the country by 1973, and immigrants have strived to maintain their faith and cultural identity.[10]

By comparison the Greek Cypriot community in Australia doubled following the Invasion of Cyprus by Turkey following a campaign of ethnic cleansing in 1974. [11] 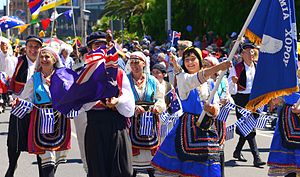 Greek Australians during a parade for Australia Day in Melbourne (2014)

Since the year 2000, Greek immigration to Australia has slowed down. However, in the years 2000–2009, many Greek-Australians both native Greek and Australian-born, returned to Greece to discover their homeland and reconnect with their ancestral roots. Yet, as the economic crisis in Greece grew, the opportunities for temporary resident Greek Australians abroad were limited. For this reason many Greek Australians have shortened their planned long term stays in Greece and have returned home to Australia.

In the early 2010s there has been an increase of Greek immigration flows to Australia due to unemployment, among other issues, because of the economic crisis in Greece. This has led to the return of many Greek Australians which had gone to Greece before the crisis and also the arrival of newcomers from Greece, who have been received by the large Greek Australian community mainly in Melbourne.[12]

Greeks by state or territory

The largest concentration of Greeks in Australia is in the state of Victoria, which is often regarded as the heartland of the Greek Australian community. The latest Census in 2016 recorded 93,740 Greece-born people in Australia, a fall of 6.2 per cent from the 2011 Census. The 2011 distribution by state and territory showed Victoria had the largest number of Greek-born people with 47,236 followed by New South Wales (29,479), South Australia (8,681), Queensland (3,304) and Western Australia (2,308).[6][13]

According to census data released by the Australian Bureau of Statistics in 2016, Australians with Greek ancestry are mainly Christian (90.4%), with smaller religious groups represented. 6.6% identified as spiritual, secular or irreligious, and 2.6% did not answer the census question on religion.[15] Greek Australians are predominantly Greek Orthodox.[15] The largest religious body of Greek Orthodox Australians is the Greek Orthodox Archdiocese of Australia, with its headquarters at the Cathedral of The Annunciation of Our Lady in the inner Sydney suburb of Redfern.

In 2016, the Greek language was spoken at home by 237,588 Australian residents, a 5.8% decrease from the 2011 census data. Greek is the seventh most commonly spoken language in Australia after English, Mandarin, Arabic, Cantonese, Vietnamese and Italian.[16] The remainder of the ethnic Greek population in Australia mainly use English as their first language.

The Greek language press had begun in Australia in 1913 when the first Greek weekly newspaper was published in Melbourne. In South Australia, the local Greek community published a short-lived newspaper called Okeanis (Oceania), around 1914 before it moved to Sydney.[17] In 1935 and 1936 a second newspaper, Pharos (Lighthouse), was published, and a number of short-lived titles were issued in the late 1960s, with the longest of these being Tachydromos (Mailman), founded in September 1968.[17] Since 1994, a publication called Paroikiako Vema (Steps in the adopted Country) and printed in Renmark, has served the Greek community in rural South Australia.[18] In 1957, what is today Australia's largest Hellenic/ Greek language newspaper NEOS KOSMOS was founded by Dimitri Gogos, Bill Stefanou and Alekos Doukas, the latter also being an exceptionally well known author. 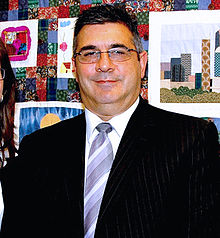 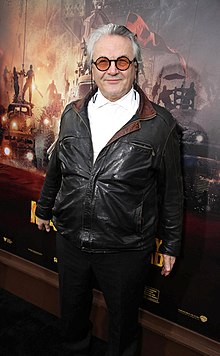 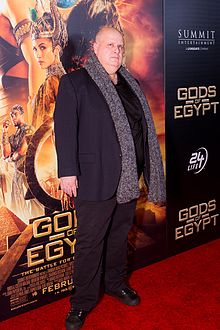