The Adelaide Festival of Arts, also known as the Adelaide Festival, is an annual arts festival held in the South Australian capital of Adelaide in March. Started in 1960, it is considered to be one of the world's major celebrations of the arts, and a pre-eminent cultural event in Australia.

The festival is based chiefly in the city centre and its parklands, with some venues in the inner suburbs (such as the Odeon Theatre, Norwood) or occasionally further afield. The Adelaide Festival Centre and River Torrens usually form the nucleus of the event, and in recent years Elder Park has played host to opening ceremonies.

It comprises many events, usually including opera, theatre, dance, classical and contemporary music, cabaret, literature, visual art and new media. The four-day world music event, WOMADelaide, and literary festival Adelaide Writers' Week are also part of the Festival. Originally presented biennially, along with the (initially unofficial) Adelaide Fringe, the Fringe has been held annually since 2007, with the Festival of Arts going annual a few years later, in 2012. With all of these events, plus the extra visitors, activities and music concerts brought by the street circuit motor racing event known as the Adelaide 500, the time of year is often referred to as "Mad March" by locals.

The Festival attracts interstate and overseas visitors, and generated an estimated gross expenditure of A$76.1 million for South Australia in 2018.

The Adelaide Festival began with efforts by Sir Lloyd Dumas in the late 1950s to establish a major arts festival that would bring to South Australia world-class cultural exhibitions. In 1958, Sir Lloyd organised a gathering of prominent members of the Adelaide business, arts and government community. The proposal for an event similar to the Edinburgh International Festival was supported and the first Festival Board of Governors was formed.

The event began to take form when Sir Lloyd partnered with John Bishop, Professor of Music at the University of Adelaide. The two gained the support of the Lord-Mayor and Adelaide City Council and a financial backing of 15,000 pounds.[1] A number of leading businesses sponsored the first festival, including The Advertiser, the Bank of Adelaide, John Martin & Co., the Adelaide Steamship Company, and Kelvinator.[1]

The inaugural Adelaide Festival of Arts ran from 12–26 March 1960 and was directed by Bishop with some assistance from Ian Hunter, the Artistic Director of the Edinburgh Festival. There were 105 shows covering almost all aspects of the arts.[citation needed] In its first year, it also spawned the Adelaide Fringe, which has grown into the largest event of its kind in the world after the Edinburgh Fringe.[2]

The Adelaide Festival continued to grow in successive years with the support of the South Australian Government. It developed a number of incorporated events including Adelaide Writers' Week, Australia's original literary festival;[3] WOMADelaide, the world music festival; and, the Adelaide Festival of Ideas. The Adelaide International was a curated international contemporary visual arts program held in partnership with the Samstag Museum from 2010 to 2014.

After some difficulties under the directorship of Peter Sellars in 2001-2, it was once again regarded as very strong, with its reputation intact as the pre-eminent event in the country, by 2006.[4]

The Adelaide Festival moved from a biennial to annual event from 2012.[5]

2013 marked both the first year Adelaide Festival to occur annually, and the beginning of the world-renowned and respected ’s three-year tenure as Artistic Director, then extended for another year. The 2013 program also included for the first time, a three-night ‘festival within a festival’: Unsound Adelaide presented international artists playing multi-dimensional electronic music. "Unsound review". The Advertiser. 15 March 2013.

The debut Adelaide Festival from Artistic Directors Neil Armfield AO and Rachel Healy marked a return to artistic works on a grand scale, including the landmark opera production of Barrie Kosky's Saul. "Neil Armfield and Rachel Healy co-artistic directors of Adelaide Festival of Arts 2017". . 7 May 2015. All four of their festivals from 2017 – 2020 have been a resounding success breaking box office records year after year.

Hours after the 2020 Adelaide Festival finished, the Australian Government passed legislation to ban gatherings of more than 500 people due to the COVID-19 outbreak – shuttering festivals and events across the country.

In 1998 the Adelaide Festival Corporation was established as a statutory corporation by the Adelaide Festival Corporation Act 1998 (AFC Act), reporting to the Minister for the Arts.[6] From about 1996 Arts SA (later Arts South Australia) had responsibility for this and several other statutory bodies such as the South Australian Museum and the Art Gallery of South Australia, until late 2018, when the functions were transferred to direct oversight by the Department of the Premier and Cabinet, Arts and Culture section.[7]

In June 2019, it was announced that the Festival would receive A$1.25 million in annual funding over the following three years, to help “continue to attract major performances and events”.[8] 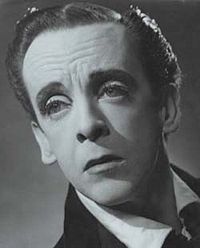 Sir Robert Helpmann directed the Festival of 1970, in which he premiered his world famous ballet Don Quixote.

The Adelaide Festival has had 19 Artistic Directors in its history, two of whom resigned and four of whom have directed the festival more than once. Anthony Steel holds the record for most stints as director, being at the head of 5 festivals, however the tenure of current Artistic Directors, Neil Armfield and has been extended until 2021. There were no directors for the festivals of 1966 and 1968, with an advisory board taking on the responsibility. Peter Sellars' brief directorship of the 2002 Adelaide Festival remains the most controversial and he was eventually replaced by .